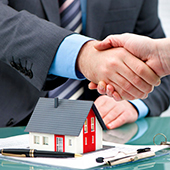 A recent High Court judgment is yet another reminder of how essential it is to comply with all necessary formalities when entering into any sort of agreement, particularly when dealing with the sale of property.

A fight over eviction and a property transfer attack

What the Court said

Three things to bear in mind

But as a general rule verbal contracts are best avoided. They are a recipe for misunderstanding and dispute because people tend to hear only what they want to hear, and to then convince themselves that their memory is better than yours.  Worse, a dishonest opponent will have more wriggle room to get out of your agreement. Rather have everything recorded in black and white, and signed.

Cannabis in the Workplace: Can You Dismiss?