Your property sale agreement: Be careful how it’s worded! 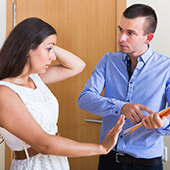 “The effect of PIE is not and should not be to effectively expropriate the rights of the landowner in favour of unlawful occupiers. The landowner retains the protection against arbitrary deprivation of property. Properly applied, PIE should serve merely to delay or suspend the exercise of the landowner’s full property rights until a determination has been made whether it is just and equitable to evict the unlawful occupiers and under what conditions.” (From judgment below)

Buy-to-let property can be an excellent investment.

Just take into account the possible difficulty, cost and delay of evicting a defaulting tenant – or indeed any unlawful occupier – who refuses to budge. The problem of course is that you have to keep on paying all your property expenses whilst the legal processes grind their way slowly, painfully and expensively through the courts.

It is however an entirely manageable risk if you take steps to do so upfront, and if you have factored it into your initial calculations.

When homelessness is a risk, factor in more delay and cost

PIE requires, as the Constitutional Court put it, that a court only makes an eviction order “after having considered all the relevant circumstances and satisfying itself that it is just and equitable to do so”.

And, said the Court, “An order that will give rise to homelessness could not be said to be just and equitable, unless provision had been made to provide for alternative or temporary accommodation.”

The High Court should therefore have joined the local municipality into the court action, it being the municipality’s duty to provide temporary emergency accommodation. The potential for further delay and cost is obvious.

Is the tenant or landlord responsible for the water leaks?