Will your ANC protect trust assets on divorce? 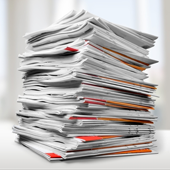 Whilst the vast majority of state officials are competent and honest, and deserving of our full support, there will always be a few “bad eggs” to contend with.

We’ve all had our run-ins with state bureaucracy, and where it causes you significant loss of any sort, ask your lawyer if you can sue. Act quickly; a 6 month time limit applies.

Of course first prize is always to avoid the hassle and risk of litigation by motivating an obstructive official into doing his/her job properly in the first place. And whilst threatening to go the legal route should help, there’s a problem here. If you win, government pays your damages and legal costs. In other words, it’s not the errant official who risks having to cough up; it’s you and I as taxpayers.

The good news is that our courts have signalled clearly that they will not tolerate the actions of that minority of state officials who seem to think that they can trample all over our constitutional rights with impunity.

The Constitutional Court case around the social grants crisis finds the Social Development Minister at risk (as at date of writing) of having to pay the many millions in legal costs at stake in that case “from her own pocket”.

She has to show cause on affidavit why that shouldn’t be ordered, and it will be interesting to see what argument she advances in light of the Court’s reference to her “extraordinary conduct” and its finding that: “The office-holder ultimately responsible for the crisis and the events that led to it is the person who holds executive political office. It is the Minister who is required in terms of the Constitution to account to Parliament. That is the Minister, and the Minister alone.”

Regardless of the outcome, errant state officials and their superiors have now been given an unambiguous warning by the highest court in the land – they risk personal liability for legal costs caused by their dereliction of duty.

In the High Court: The “bull in a china shop” doctor

So the next time a “bad egg” bureaucrat abuses your rights…

When you bump heads with one of the “bad eggs” try this – have your lawyer formally warn him/her (and their superiors) that you will do everything you can to hold them personally liable for all your costs. Our courts are behind you!