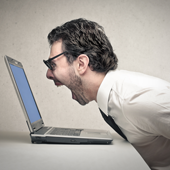 “Good name in man and woman… is the immediate jewel of their souls. Who steals my purse steals trash… but he that filches from me my good name robs me of that which not enriches him, and makes me poor indeed” (Shakespeare)

Our laws of defamation are there to help you protect your good name from unlawful attack, and a recent High Court judgment about a defamatory Facebook post is a pertinent reminder of how this protection applies online as well as in the real world.

Defamation being generally defined as ‘the unlawful, intentional, publication of defamatory matter (by words or conduct) referring to the Plaintiff, which causes his reputation to be impaired”, the Court held that H had indeed been defamed and was entitled to compensation by way of damages.

Taking all the circumstances of the matter into account, the Court Awarded H an amount of R350,000 plus costs.