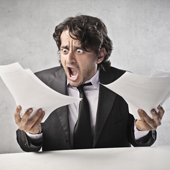 A recent Supreme Court of Appeal (SCA) case shows yet again how essential it is to double-check that your Fidelity Fund Certificate (FFC) is both current and valid. Remember that you must hold FFCs not only for your trading entity (if you operate through one) but also for all directors / members / principals and agents.

The Estate Agency Affairs Act disentitles you to any remuneration if you don’t hold a valid FFC. Don’t drop the ball on that one!

The facts in the SCA case were these –

On appeal, the SCA overruled the High Court’s finding that the agency had “substantially complied” with the Act’s requirements in regard to the FFCs. “This is not”, said the SCA, “simply an issue of nomenclature, or a misdescription in the name of the certificate holder, but one of substance. The objectives of the Act are not fulfilled by the issue of invalid certificates by the Board as they play a central role in ensuring that estate agents comply with its provisions.”

The FFCs, held the Court, were accordingly invalid, and the estate agency was not entitled to any remuneration.

In this particular case the agency had in any case failed on the facts to prove its mandate, but the warning to all estate agents is clear – holding valid FFCs is a necessity, not a technicality.