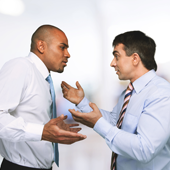 “There are many bridges yet to be crossed in our journey from crude and legalised racism to a new order where social cohesion, equality and the effortless observance of the right to dignity is a practical reality” (from the judgment below)

Our highest Court recently provided very strong confirmation that employers have both a right and a duty to stamp out racism in the workplace.

No “mollycoddling” for using the k-word

There is a clear signal in this judgment to both employers and employees that in serious cases of racist behaviour, it won’t be easy to convince a court that reinstatement is appropriate:  “Where such injurious disregard for human dignity and racial hatred is spewed by an employee against his colleagues in a workplace” held the Court, “that ordinarily renders the relationship between the employee and the employer intolerable”.

Employers – procedural blunders will cost you

No matter how good a case you have against an employee for his/her dismissal, remember that not only must a dismissal be substantively fair, it must also be procedurally fair.  As the Court in this case put it “… the sanction of dismissal is so livelihood-threatening and serious that a breach of the relevant regulatory framework ought generally to be viewed in a serious light.”

So, because SARS had exposed the employee to avoidable litigation costs through a series of blunders in the way it handled the dismissal process, and despite the seriousness of the employee’s offence, the Court awarded him six months’ salary as compensation.

A Victim of Sexual Harassment Must Report It “Immediately”