Creditors: When can you use a liquidation application to collect debt?

Buying to build in a development? 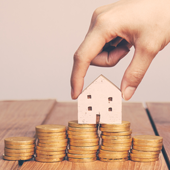 There are many advantages to buying a vacant plot on which to build your dream house in a property development, but there are also potential risks to be managed. Discuss the pros and cons with your lawyer before you agree to anything.

“Build, or Lose the Plot”

A recent High Court case illustrates one such danger – not building on your plot within whatever time limit is specified. Often developers will impose penalty levies for such failure (the penalties must be reasonable, but will still hurt your pocket) but in this case the defaulting buyer stood to lose the whole property –

The trust was therefore ordered to retransfer the property to the developer. It loses the plot itself, all capital appreciation in it, and 3 years’ interest on its R840,000.