Divorce maintenance: Can you contract out of it?

Bad tenants: Can you lock them out?

How can a person get married in South Africa? 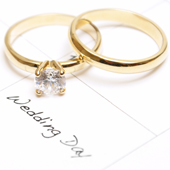 What are the general requirements for a valid marriage

1. Both persons to the marriage must give consent to get married and must be older than 18 years of age.

3. The marriage must be lawful, for example:

4. Certain formalities must be adhered to, such as that the marriage must be concluded by a marriage officer and in the presence of two witnesses.

5. A marriage must be registered at the Department of Home Affairs.

The difference between marriage in and out of community of property

Marriage in community of property:

There is one estate between a husband and a wife. Property and debts acquired prior to or during the marriage are shared equally in undivided shares (50%). Both spouses are jointly liable to creditors.

Marriage out of community of property without the accrual system:

The spouses have their own estates which contain property and debts acquired prior to and during the marriage (“what is mine is mine and what is yours is yours”). Each spouse is separately liable to his/her creditors. Prior to the marriage, an ante nuptial contract must be entered into to indicate that the marriage will be out of community of property.

Marriage out of community of property with the accrual system:

About to marry? Don’t forget your ANC and the 3 types of marriage

Will your ANC protect trust assets on divorce?