How can a person get married in South Africa?

Divorce maintenance: Can you contract out of it? 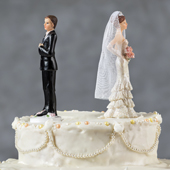 “The concept of chivalry is beyond his comprehension and lies dead and buried in his mind, if it ever existed” (Part of the Court’s scathing assessment of the husband in the judgment below)

Generally, our laws hold us to the agreements we make with each other, but there are limits.  A recent High Court judgment, dealing with a bitterly-fought divorce dispute, illustrates.

A Senior Advocate, having been through in his words a “very, very, very costly” divorce once, and having in mind no doubt the old proverb “once bitten, twice shy”, decided not to be bitten again when he re-married.  His new wife was a much younger “attractive trophy” wife who at the time was, said the Court, both gullible and naïve.

Seeking to protect his wealth from this second wife in the event of another divorce, the husband included in their ANC (Antenuptial Contract) a provision that, in return for certain donations at the time of marriage, she was precluded from claiming maintenance for herself.  The prohibition against maintenance for the wife was widely worded – it would apply in the event of the marriage being dissolved in whatever manner and for whatever reason, and regardless of the conduct of the parties.  No attempt was made to prevent any maintenance award for any dependent children born of the intended marriage.

The wife was heavily pregnant at the time and she was “prevailed upon by the husband to accept this clause and to believe him when he said that he wanted to be a father to their child that was to be born”.

When the marriage broke down (24 years and 2 children later), the husband sought to enforce the terms of the ANC, including the “no maintenance” clause.

The Court however awarded her the personal maintenance she asked for – R30,000 per month plus free accommodation.

The “no maintenance” clause, held the Court, was unreasonable, unfair, void and unenforceable.  It “deeply offends the core constitutional values of this country” said the Court, and “generally any purported ouster of the jurisdiction of the Court which deprives a party of a legal right or remedy is per se against public policy”.

That, incidentally, was only part of the wife’s victory – the ANC incorporated the accrual system, and she also received a full half of the husband’s estimated R22m in assets in terms thereof.  This despite his denials that his estate had shown any accrual and despite what the Court found to have been active attempts on his part to subvert the wife’s accrual claim and to conceal assets.

Divorce: Claiming Interim Maintenance and a Contribution to Legal Costs

Spousal Maintenance After Divorce and the “Clean Break” Principle

Pay your levies, or else…