Meter wars: A consumer strikes back 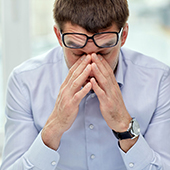 You buy a plot in a residential development and the developer agrees to build you a house to stated specifications and plans.  You pay in full for the plot and it is transferred into your name.  All good so far.

But then you fall out with the developer over the costs, finishes and other specs for the building work.  What happens now?  A High Court case illustrating a particular danger for both developers and buyers revolved around these rather
unusual facts –

Question 1: Can the developer get its land back?

You will know that in our law a sale of land agreement is one of the few that is only valid if in writing and signed by both seller and buyer (or by their authorised agents).  So you cannot force transfer to proceed on an unsigned sale agreement.

But what happens if, as in this case, transfer has taken place anyway?  What is not widely known (and perhaps seems a bit strange at first blush) is that, if the buyer pays in full and the parties intend ownership to pass at the time, the transfer is valid.  A finalised transfer cannot be rolled back just because the sale agreement wasn’t in writing and signed.

The parties in this case for example didn’t even notice the lack of signature and the buyer went ahead and paid in full for the land.  So the plot was validly transferred to the buyer and the developer can’t get its land back.

Question 2:  Can the buyer force the developer to build his house?

Consequently the developer was ordered – per the unsigned agreement – to build the buyer his standard house, without the additions/alterations and without the disputed “modification fee”.

Plot and plan contracts are by their very nature complex, so as always, agree to nothing – verbally or in writing – without full legal advice!

Make sure your plot and plan agreements are tightly drawn, and properly signed, to avoid the sort of scenario above – you run enough risks without adding to them unnecessarily!