Your Will and a practical plan for your loved ones

Meter wars: A consumer strikes back 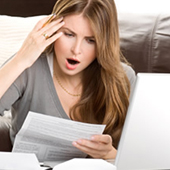 You challenge the accuracy of a services account from your local municipality, thus:  “Your meter must be wrong, no way was my consumption that high”.  The reply:  “We’ve tested the meter and it works fine. Pay up or face disconnection”.

Off to court you go.  Can you “fight city hall” and who has to prove what?

There’s good news here for consumers in a recent High Court decision dealing with just such a situation.

The R4.5m water claim and the disconnection

Who must prove what?

Finding in favour of the consumer, the Court held that, once the consumer had raised a bona fide (“in good faith”) dispute, the onus was clearly on the municipality to prove that the meter had measured the water supply correctly and accurately.

That, held the Court, it had failed to do – its expert evidence concerning the testing was found to be unsatisfactory and insufficient.

The end result is that the municipality has to repay the consumer R8m – a substantial victory.

Note that a critical factor here was that when the consumer made the two disputed payments to the municipality it did so under protest, without waiver or abandonment of any rights and without admission of liability that the amount was due.  Without those provisions, the onus would probably have been on the other foot, i.e. on the consumer to prove that the readings were not accurate.  That’s often going to be a near-impossibility when only the municipality has the legal right to test its meters and when it has control of all consumption data.  So pay nothing on a contested account without legal advice.

Municipalities – what you must prove

Make sure you can prove that meter tests comply fully with all prescribed requirements. And (this of course should go without saying) don’t dispose of any contentious meters until litigation has been well and truly put to bed!

POPIA’s One Year Deadline to Start Running on 1 April?