Occupiers who can’t be evicted under the EST Act

Pay your levies, or else… 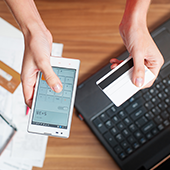 I am the owner of a sectional title, and I have paid my levies every month as required, until the water started seeping through the ceiling of my enclosed balcony into my section when it rains. The leak was clearly emanating from a defect in the common property. I asked the body corporate on numerous occasions to repair the defect, yet after four months of writing letters and sending emails the body corporate still has not done anything to honour this simple request. As a frustrated owner I resorted to desperate measures and employed a contractor to repair the property defect. I settled the bill myself.

May I withhold my levies for a period to set off the money that is owed to me by the body corporate?

Although this action may sound reasonable, the right to stop paying or to set off a debt against levies is not legally justified and owners are not, under any circumstances, entitled to simply withhold levies.

There is no provision in the Sectional Titles Act 95 of 1986 or the rules that gives an owner the right to withhold levy payments. Even if an owner incurs expense in performing an emergency repair to the common property, and believes that the body corporate owes him money, the owner may only set off the debt against the levies once it becomes liquid.

An amount can only be liquid once it has been agreed upon. An owner cannot set off the amount he believes he is entitled to deduct. The trustees, judge or arbitrator must have confirmed the amount.

If Mr Owner does withhold his levies without the amount being liquid, he is subject to the following sanctions in terms of the prescribed rules:

Mr Lawyer, how does an owner deal with a situation where he believes the body corporate is liable for payment?

It is clear that prescribed processes are in place according to which disputes and related issues can be settled. Not only will this ensure that you act within the legal guidelines, but it will also eliminate unnecessary frustration.

This article is a general information sheet and should not be used or relied on as legal or other professional advice. No liability can be accepted for any errors or omissions nor for any loss or damage arising from reliance upon any information herein. Always contact your legal adviser for specific and detailed advice. Errors and omissions excepted (E&OE).