The Panama papers, SARS and the (proposed) new SVDP

Property agreements: An alteration could sink your sale!

Pyramid schemes: Easy to fall for, and even early birds lose the worm 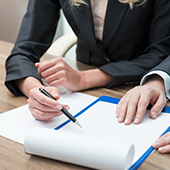 “If it sounds too good to be true, it probably is” (wise old adage)

Pyramid schemes are in the news again.

They are easy to fall for, with not only desperate pensioners and low-wage earners but also Captains of Industry and many otherwise-savvy investors regularly tricked into “investing” in them.  The reason of course is that the con artists behind these schemes are adept at hiding their true nature, coming up like clockwork with ever more creative cover stories to lure the unwary.  Very popular are “Ponzi” schemes, where the masterminds behind them promise to do everything for you – all you need do is “invest”, then sit back and reap the profits.

Don’t be a victim!

Workplaces are great hunting grounds for these swindlers, so if you are an employer it is worth warning your staff upfront about how to spot and avoid these schemes.  See Sanlam’s Infographic below for some classic warning signs – 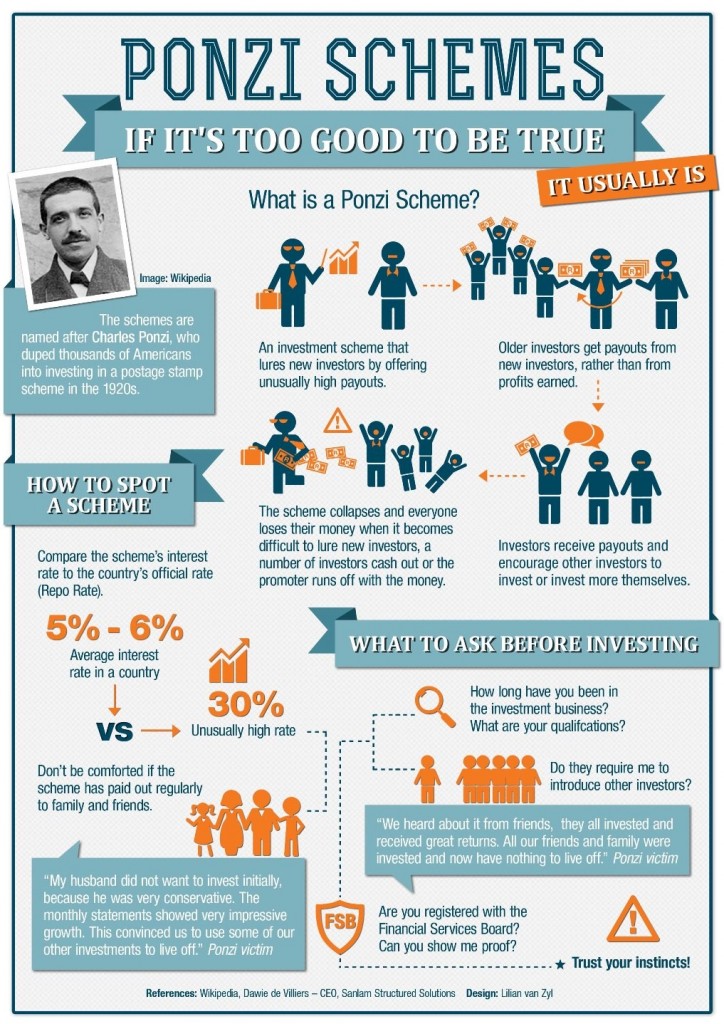 Tell everyone – Being an “early bird” doesn’t help

Many pyramid schemes rely on their victims putting aside their suspicions in the perennial hope that, even if the scheme is illegal and doomed to eventual collapse, they will be one of the few (12%) “Early Birds” flying away into the sunset with all the loot whilst the latecomers (88%) are left with all the losses.

The reality is that even the “early birds” are at serious risk of losing not only their “profits” but also their original investments.

The reason is that a liquidator (“trustee” in the case of a person or a trust) can recover any monies paid out by a liquidated scheme during the 6 month period prior to liquidation, unless the recipient can prove that the disposition was made “in the ordinary course of business” and without intention to prefer one creditor above another.  Note that the investor isn’t safe even after 6 months, although the onus of proof then shifts to the liquidator.

Take advice before you invest in anything offering suspiciously high returns.  If you decide to go ahead anyway, make sure that you can afford the risk of losing it all – because you probably will.

And if after you invest you start picking up inklings of anything irregular or illegal, get legal assistance immediately.  Some of the Court’s comments suggest that the investor’s claim would have been a lot stronger had he become aware of the true nature of the scheme and then demanded repayment of his capital, not on the basis that the investments were due for repayment but on the basis that they were illegal and void – an important distinction that might have saved him R200,000.

Can You Sue a Bad Investment Advisor? It depends…