Beware, nothing lasts forever (not even powers of attorney from your aging parents)

The Panama papers, SARS and the (proposed) new SVDP

Property and trusts: Be careful! 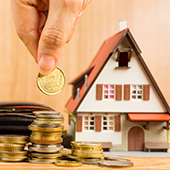 For most of us, business dealings with trusts are most likely to happen when selling a property to, or buying a property from, a trust.  But no matter why or how it happens, have your lawyer check that whoever signs for the trust is fully authorised to do so.

For want of authority, the case is lost

Otherwise you could be in for a major shock if you come to blows and need to ask a court for assistance. Witness the case of a bank trying to enforce a trustee’s personal suretyship –

What to look for