Rates up after a property revaluation? Object, but do it properly! 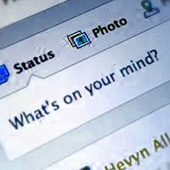 Our courts have made it clear that posting derogatory or damaging comments about your employer or colleagues on social media can amount to misconduct and result in disciplinary action, perhaps even dismissal.

A recent High Court decision, although it concerned a members’ dispute rather than a disciplinary action, highlights a particular danger in this regard: Your Social Media posts aren’t necessarily as private and hidden from your employer’s prying eyes as you think they are.

No place to hide – be careful what you post!

The Court however allowed the Facebook printouts into evidence and granted the interdict against the employee, holding that

The bottom line – our fundamental rights to privacy, as much in cyberspace as in the real world, are by no means absolute.  Be careful what you post!

Employers: What about you?

This case is by no means carte blanche for hacking into your partners’ or employees’ Social Media pages.  Quite the contrary; online hacking is unlawful with potentially serious consequences in the criminal, civil and labour courts.  All it illustrates is that in certain specific circumstances, workplace wrongdoers will find nowhere to hide in our privacy laws. Have in place an employee Social Media policy and take full advice on your specific circumstances.