Property and trusts: Be careful!

Beware, nothing lasts forever (not even powers of attorney from your aging parents) 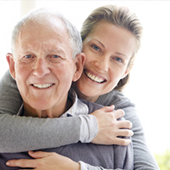 If your aging parents have asked you for help with making decisions as to their personal welfare, financial affairs, medical treatment and so on, asking them to sign a power of attorney in your favour may be the answer.  Just be aware that it is only a temporary solution.

As you would expect, a principal can cancel his/her own power of attorney at any time, but what is not so widely known is that it will automatically terminate if and when the principal

It’s this last category – the “diminished capacity” scenario – that catches most care-givers unawares.  After all isn’t the whole idea that you should be able to act for your parents when they are no longer able to act themselves?

The problem is that our law says that an agent can only do what a principal can do.  So if a principal loses “contractual capacity” to do something, the power of attorney immediately fails.

As a care-giver you risk personal liability for anything you do, even in the best of good faith, after the principal has lost capacity.

The curatorship and other options

Our law certainly provides a solution – you can ask the High Court to appoint a “curator” to manage the principal’s affairs.  Unfortunately, curatorship is costly, full of bureaucratic procedures and delays, paternalistic and, being public, demeaning to the principal.  Not much better is the appointment, in cases of actual mental illness or severe/profound intellectual disability, of an “administrator” in terms of the Mental Health Care Act.

Setting up a family trust to address the purely financial aspects could also be worth considering.  Just be aware of the costs, tax and other implications – particularly in light of government’s ongoing suspicion of trusts.

Finally, the South African Law Reform Commission in 2004 recommended changes to our law to allow for alternatives like –

Unfortunately, nothing has come of that yet, and although some legal commentators suggest that our courts might perhaps uphold a properly-worded EPA, others disagree and clearly there are risks involved.

It boils down to this – take full legal advice on your particular circumstances.

Domestic Violence and the Lockdown: Your Personalised Safety Plan