Right to a fair trial

Contracting with minors in a digital context 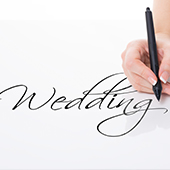 One must be careful when drafting and signing an Antenuptial Contract. Aside from ensuring that the contents is all correct, one must also ensure that all the necessary provisions are contained therein to make the contract valid. The consequences of neglecting to do so may result in a marriage in community of property even though the parties had no intention of this at the time of their marriage.

The importance of ensuring that all the necessary provisions are contained in the Antenuptial Contract to result in a valid contract was discussed in the 2014 Supreme Court of Appeal Case of B v B[1]. In this case, no values were stated in respect of any of the assets listed in the Antenuptial Contract and they were also not properly identified. In B v B the court stated that if the terms of a contract are so vague and incoherent as to be incapable of a sensible construction then the contract must be regarded as void for vagueness.[2]

According to Section 6(1) of the Matrimonial Property Act[3] ,a party to an intended marriage which does not, for the purpose of proof of the value of his or her estate at the time of the commencement of the marriage, declare the value in the contract, then he or she may do so within six months of the marriage in a statement attested to by a notary. If this is not done, according to Section 6(4) of the Marital Property Act, the net value of the estate of a spouse is then deemed to be nil at the time of the marriage. In effect, such a contract is valid but it will effectively render the marriage in community of property since nothing was excluded from the accrual.

However, if a contract is contradictory and incoherent in other respects then it cannot be seen as a valid contract since there is no certainty as to the meaning of the contract and what the parties seek to achieve. This means that the contract would not embody terms that would enable to court to give effect to the intention of the parties at the time the contract was concluded.

The result of such a contract is that the Antenuptial Contract would be void for vagueness and that the marital property regime would be the default position according to the Marital Property Act, which is in community of property.

Therefore, parties are encouraged to read their contracts thoroughly and ensure that they understand the terms thereof and that the contract embodies their intentions without any further explanations or evidence.

This article is a general information sheet and should not be used or relied on as legal or other professional advice. No liability can be accepted for any errors or omissions nor for any loss or damage arising from reliance upon any information herein. Always contact your legal adviser for specific and detailed advice. Errors and omissions excepted. (E&OE)

Your Written Contract Should Cover Everything – No Oral Evidence Allowed!

Dementia and incapacity: What is a power of attorney and is it forever?