Property buyers: must you pay the previous owner’s old debts?

Contracting with minors in a digital context 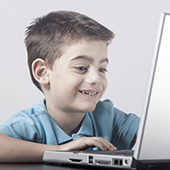 In this article, we examine whether contracts entered online by minors, using their parents’ credit cards, are legally binding in the specific context of social media such as Facebook.

Both Common law and legislation deal with the capacity of minors who enter into different types of contracts. According to the Children’s Act, 38 of 2005 a minor is a person between the ages of seven and 18 years. In terms of common law a minor does not have sufficient capacity to incur binding obligations under a contract and must obtain the assistance or consent of their guardian to do so. This consent can be given before the contract is concluded or thereafter, in which case it is seen as ratification of the contract. There are exceptions to this rule, which may be found in various pieces of legislation as well as in common law, such as contracts where the minor obtains only rights and no duties (e.g. a donation).

A minor can escape liability even when they have been bound in terms of the contract (i.e. where the guardian has assisted the minor in the conclusion of the contract, consented to or ratified the contract). This can be done where the contract was prejudicial to him or her at the time that it was concluded. The court may then, on application, set the contract aside and order that each party be placed in the same position as what they were in before the contract had been concluded.

Facebook is currently involved in an ongoing class-action lawsuit. In this lawsuit, a class of parents in America are pressing their claim that Facebook should change how it handles online transactions by minors.

Attorneys for the parents in the above case note that it is important that Facebook has knowledge of a user’s actual age but still treats children the same as adult users when it comes to taking their money.

One of the biggest issues here is that reciprocal performance, being the payment of money via credit or debit card and the child obtaining credits, takes place almost immediately. Therefore, if the parent were to be refunded, the minor would be unjustifiably enriched using the credits.

The system, that Facebook currently employs, is therefore problematic since it takes advantage of children who may not fully understand the contracts that they are entering into when they purchase game credits. Furthermore, should the parents be immediately refunded in the current system, it may lead to situations where the parent consents to the purchases and then after the child obtains the enjoyment from the credits, request that their accounts be credited due to a ‘lack of consent’.

It is therefore clear that this system of payment should be changed. We should obtain clarity on how to deal with this in South Africa once the class-action suit in America has been concluded and a solution has been reached. At present, it seems that there will be no alternative for parents whose children overspend or use their credit or debit cards, without permission. If your child has, a Facebook gaming habit it is a good idea to keep a close eye on your wallet until we have clarity on the recourse available to parents who find themselves in this situation.

This article is a general information sheet and should not be used or relied on as legal or other professional advice. No liability can be accepted for any errors or omissions nor for any loss or damage arising from reliance upon any information herein. Always contact your legal adviser for specific and detailed advice. Errors and omissions excepted. (E&OE)