Could your property debts be cancelled? 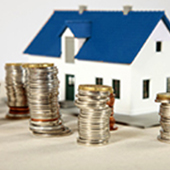 “How, on these figures, an employee of the bank could conclude that the farming may prove to be successful, is beyond me. It seems that money was just being poured into a bottomless pit.” (Extract from judgment below)

If you are a bank (or other lender), or if you have borrowed money against your property and are facing financial difficulty, you need to know about a recent High Court decision declaring that a bank’s loans to a farming couple had been granted “recklessly”, setting aside the loans, and cancelling the mortgage bonds.

The pensioners who went farming; and the bank that funded them

Reckless lending → Consumers off the hook, bank down R1,74m

The couple must pay the bond cancellation costs, but other than that they – and their daughter who stood surety for the loans – are off the hook altogether.  The bank on the other hand is down R1,74m plus interest and legal costs.