Be careful what you write or say

Trouble with the neighbours 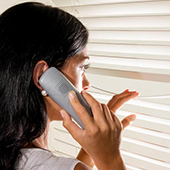 You and your neighbour have been good friends for years; your children have grown up together and you have always thought of him as a reasonable man, but lately you’re not so sure. His trees’ branches overhang into your property, blocking your gutters with leaves, not to mention the root system creeping closer to your home’s foundation. When you confront him, he flatly refuses to do anything about it, since they are, after all, trees he and his wife planted when they bought the property 30 years ago!

The question in everyone’s mind is, what can I do about my neighbour’s trees and plants that are causing damage to my property and discomfort to me? He most certainly has the right to do on his property as he pleases, but what about my right to use and enjoy my property? Surely his enjoyment cannot be at the cost of someone else?

Trees with lateral root systems are often a culprit in neighbourly disputes. In the case Bingham v City Council of Johannesburg 1934 WLD 180, the municipality planted trees along the footpath for beautification purposes. The problem was that they chose to plant oak trees, which have strong lateral root systems that drain the soil surrounding them. The flowers and shrubs in Bingham’s garden died as a result of this, and even worse, the strong root system was making its way to the foundation of his home. Due to the threat to the property (the house) the court ordered the municipality to remove the trees.

In Vogel v Crewe and another [2004] 1 All SA 587 (T) the issue regarding roots was also discussed in court. Vogel and Crewe were neighbours and Crewe was of the opinion that a tree planted about two metres from the wall, separating the two properties, was the cause of all the problems on his property. According to him the tree’s root system was causing damage to the boundary wall and leaves from the tree were falling into his swimming pool and blocking his gutters and sewage system. The court’s approach was based on an objective test of reasonableness. They took into account the benefits of protecting the tree, being its visual pleasure, shade, and the oxygen it produced, as opposed to the trouble it was causing Crewe. Crewe was not able to prove that the problem with the leaves in his swimming pool, gutters and sewage system was caused by the tree in question, and the court found that the wall separating the two properties could easily be repaired. No drastic action, like removing the tree, was necessary and Crewe failed in his application.

In Malherbe v Ceres Municipality 1951 (4) SA 510 A it was confirmed that should a neighbour’s tree branches overhang or the roots spread into your property and the owner refuses to remove same, you may chop them off on the boundary line.

Hopefully you will be able to resolve tree-related issues with your neighbour in a courteous way, and remember, you also have the right to enjoy your property.