Trouble with the neighbours

Be careful what you write or say 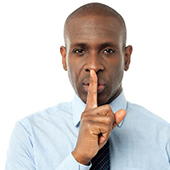 Classically, the law of defamation attempts to strike a balance between a plaintiff’s right to reputation, and a defendant’s right to freedom of expression – two rights that are recognised both at common law and in the Constitution. Defamation is a serious consideration in the interaction with letters, e-mails and general discussions. A plaintiff needs to prove firstly that a comment regarding him/her was publicised (to someone else than the plaintiff) and secondly that the comment was prima facie defamatory. Once this has been determined the onus is on the defendant to prove that his conduct was not wrongful (without intent).

Wrongfulness is based on intent as opposed to negligence. Even where it remains that the comment was wrongful, the defendant might still have several defences like

The fact that comment is the truth does not mean that it is not defamatory. The test to determine defamation is whether the reasonable person of normal intelligence would view it as defamatory. The defendant can succeed with his defence of fair comment and public interest if no element of maliciousness is involved. The plaintiff only has to prove that the comment was prima facie defamatory of his character and that it was publicised.

Publication can be to a specific person or within hearing distance of the general public and is material if heard by or publicised by the public in a book, postings on websites, or bulletin boards on the Internet.

The onus is on the defendant to prove his defences on a balance of probabilities. This means that where two versions are before a court it should decide on the most probable version under the circumstances. When the court cannot decide which version is the truth for arguments sake and the defendant raised it as defence, he then will not succeed with his defence.

In a democracy, forthright criticism, wild accusations and innuendos – often unfair and unfounded – are part and parcel of political activity and right-thinking persons in society generally do not think less of politicians who are subjected to derogatory statements by opposing politicians or political commentators. The context might cause material, that would otherwise have been defamatory, to be no more than mere abuse. Courts allow wide latitude for political debate and politicians should not be over-hasty in complaining. Nonetheless, it is important to note that courts extend latitude, not immunity, and there are limits: any latitude extends only to political information or activity or issues pertaining to the country’s governance, not beyond. A distinction must also be drawn between an unwarranted attack on the dignity and reputation of a politician and an attack on the person’s political views, policies and conduct. Courts have to give effect to the values of openness, transparency and accountability, yet protect dignity and privacy. It seems that the bounds are exceeded where improper motives or dishonourable conduct is imputed.