Your holiday season guide to home buying and selling

When does a claim prescribe? 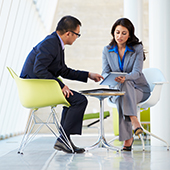 The issue of the legal nature of a vindicatory claim and whether it gives rise to a debt that is subject to the three year extinctive prescription period has been decided differently by different divisions of the High Court. On 28 May 2015 the Supreme Court of Appeal came to a final decision in Absa Bank v Keet[1] as to whether claims under the actio rei vindicatio prescribe after 3 years or not.

One of the first questions that your attorney will ask you when you consult him is when your cause of action arose so that they can ascertain whether your claim has prescribed. If your claim is prescribed, it means that you no longer have any legal remedies available to you. Claims arising from a debt prescribe after three years and the rules of prescription are set out in the Prescription Act, 1969.

There is one specific claim where the application of the 3 year prescription period was uncertain and this was in regard to claims under the actio rei vindicatio. This is a legal action by which the plaintiff demands that the defendant return a thing that belongs to the plaintiff, and it may only be used when the plaintiff owns the thing and the defendant is impeding the plaintiff’s possession of the thing.

A rei vindicatio action is often used in disputes surrounding instalment sales where ownership only passes on the payment of a last instalment or where instalments are not duly paid. This is mostly coupled with a claim for cancellation. In other words, the seller cancels the sale agreement and claims return of the thing sold.

The reason for stating that the claim had prescribed was that the agreement on which the seller sued would have come to an end on the date on which he contended the amount outstanding became due and payable, and that it was more than 3 years since that amount became due.

In the case of Staegemann v Langenhoven[3] it was held that a vindicatory claim does not prescribe after three years. The High Court in the Keet case held that this case was wrongly decided because if Staegemann were correct, ‘the Bank could withhold its demand for the tractor for another decade or even longer, and then demand return of the vehicle so that it could calculate its damages’.

The Supreme Court of Appeal (SCA) in the Keet case had to decide whether the High Court was correct in holding that the seller’s claim for the repossession of its vehicle is a ‘debt’, which for the purposes of the Prescription Act prescribes after three years.

The person who is entitled to a real right over a thing can, by way of vindicatory action, claim that thing from any individual who interferes with his right. Such a right is the right of ownership. If, however, the right is not an absolute, but a relative right to a thing, so that it can only be enforced against a determined individual or a class of individuals, then it is a personal right.[4]

The Supreme Court of Appeal is therefore of the opinion that to consider a vindicatory action as a ‘debt’ which prescribes after three years is contrary to the scheme of the Act and that this would undermine the significance of the distinction which the Prescription Act draws between extinctive prescription and acquisitive prescription. In other words, what the creditor loses as a result of operation of extinctive prescription is his right of action against the debtor, which is a personal right. The creditor does not lose a right to a thing.

This article is a general information sheet and should not be used or relied on as legal or other professional advice. No liability can be accepted for any errors or omissions nor for any loss or damage arising from reliance upon any information herein. Always contact your legal adviser for specific and detailed advice. Errors and omissions excepted (E&OE).