What happens to my bank accounts when I die? 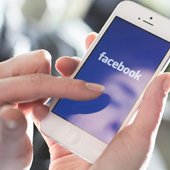 Facebook, Twitter and other social network sites are part of many people’s lives and serve as a useful vehicle for sharing one’s personal views. However, these sites may have unfortunate ramifications.

Let’s be honest, ranting in public about your boss has never been seen as a smart career move. It is one thing to speak your heart out about your boss to a friend over a drink, but for some reason or another, employees tend to lose their inhibitions when there is a computer screen between them and the world out there.

What happens when an employee makes use of a social network to air his/her views or to say nasty things about his/her employer?

Courts have held that it is fair for an employer to dismiss an employee for posting intentionally offensive statements about his/her employer on a social networking website like Facebook.

In Sedick & another vs Krisray (Pty) Ltd [2011] 8 BALR 879 (CCMA), employees were dismissed for bringing the company’s name into disrepute by publishing derogatory comments about the owner of the company on Facebook. The employees claimed that the employer breached their right to privacy by accessing their profiles on Facebook.

The employees, De Reuck and Sedick, worked for a fashion accessories company. The company’s Marketing Manager logged onto her Facebook account and navigated to De Reuck’s Facebook page because she wanted to send her a friend request. She was able to see everything on the employee’s Facebook wall without being given access as a friend. She came across numerous posts by Sedick and other employees where they exchanged several snide remarks, which included the following: “Trust me, no one can put up with so much shit when the f*cking kids join the company!”; “From so-called -professionalism”; 2 dumb brats running a mickey mouse business”; “… today was hectic with Frankenstein”; “What an idiot”; “A very ugly man with a dark soul”.

According to the Commissioner, the internet is a public domain and Facebook users have the option to restrict access to their profiles as well as the information that they publish. Because of the employees’ failure to make use of the privacy option, they had abandoned their right to privacy and the protection of the above mentioned act.

The employees argued that they had not damaged the company’s reputation because they did not directly refer to the company or anyone who managed it. The Marketing Manager and the Arbitrator agreed that the references to the company and its management were obvious, because the people who were reading the comments would probably have known what and whom they were about.

The Commissioner held that, considering what was written, where the comments were posted, to whom they were directed and by whom they were made, the comments brought the employer’s good name into disrepute with persons both inside and outside the organisation.

The Commissioner confirmed that a dismissal under such circumstances could be fair if the employer follows the correct procedures and if the evidence used against the employee has not been illegally obtained in terms of the Regulation of Interception of Communications and Provision of Communication-related Information Act.

The moral of the story is: if you had a really rotten day at the office and are about to post some nasty comments about Mr or Mrs Boss, hold on a second. Do not write under the influence of alcohol, anger or frustration, as this sharing might get you fired.