Me, my neighbour and that tree

What does a suspensive condition in a contract really mean? 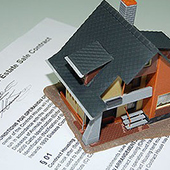 Most people that have bought a property may have noticed a clause dealing with suspensive conditions in the contract of sale. Usually these conditions relate to deposits that need to be paid, financing that has to be procured and/or another property that needs to be sold before the sale can be confirmed. The interpretation appears straightforward enough – meet the requirements, and the contract is valid; fail to meet the requirements and the contract is invalid.

But is it really that straightforward? And what are the consequences of non-compliance?

In layman’s terms a condition contained in a contract can be described as a provision that defers the obligation(s) of a party in the contract to the occurrence of some future uncertain event. This is usually termed a ‘suspensive condition’ or a ‘condition precedent’.

The Supreme Court of Appeal recently confirmed that where a suspensive condition is not fulfilled timeously it lapses and the parties are not bound by it, even though one party has performed fully.

In the matter of Africast (Pty) Limited v Pangbourne Properties Limited the parties concluded a contract for the development of commercial property in an area in Gauteng. One of the suspensive conditions in the contract was that Pangbourne’s board of directors had to approve the contract and written approval had to be presented to Africast within seven working days from the date of conclusion of the contract. The contract was signed on 11 April 2007 and Pangbourne’s board of directors approved the contract on 20 April 2007, however the written approval was only provided on 25 April 2007 to Africast, which was after the required seven-day period. Pangbourne decided after 18 months that since the suspensive condition had not been met within the stipulated period, it was not bound by the contract and refused to deliver the required guarantees. At that stage buildings had already been constructed by Africast in terms of the agreement.

It is always prudent to tread carefully when entering into a contract that is subject to a suspensive condition. Be aware of the stipulated periods for compliance, for whose benefit the conditions are inserted and the requirements to prove compliance. If necessary, ensure you seek legal advice before you sign the contract and obtain advice before you waive any conditions that have been inserted for your benefit.

This article is a general information sheet and should not be used or relied on as legal or other professional advice. No liability can be accepted for any errors or omissions nor for any loss or damage arising from reliance upon any information herein. Always contact your legal adviser for specific and detailed advice