Me, my neighbour and that tree

Maintenance – not only for children 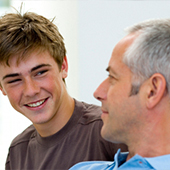 Mike Larry received a summons from the Maintenance Court to appear three weeks later for a maintenance matter, however Mike had no children or wife and was quite confused, thinking that perhaps the Court had made a mistake. Mike attended the Maintenance Court in order to enquire whether there had been a mishap in the documentation. However, what Mike found out made his heart sink, and soon his bank account, too.

Mike’s father, Jermaine, had made an application at the Maintenance Court for maintenance from Mike as he had no job and therefore no income. Mike asked his lawyer whether this was even possible and the answer was affirmative.

According to the Maintenance Act 99 of 1998, parents and children have a reciprocal duty of support. A child has a duty to support his/her parents and grandparents, but always subject to the rule that support must be claimed from one’s nearest relatives first. The basis of a child’s duty to support their parents is the sense of dutifulness or filial piety (relating to or due from a son or daughter). In certain circumstances even minor children may have to support their parents. As always, the criteria which must be present is a need on the part of the person to be maintained, and the ability to support on the part of the person from whom support is claimed. A parent who claims support from a child must prove his or her need and the child’s ability to support the parent. As mentioned above, a more stringent criterion of need is applied to parents than to children; indigence on the part of the parent is stated to be a requirement.

Our authorities are not entirely clear on this point. In Oosthuizen v Stanley the court spoke of “the quality and condition of the persons to be supported”. In the same case it was pointed out that where a parent must be supported it is not only the parent’s own needs but also those of the parent’s dependents which must be considered. In Van Vuuren v Sam Rabie, the Judge referred to the same criterion but stressed that the support of parents must be confined to the basic needs which are food, clothing, shelter, medicine and care in times of illness. Relying on the case of Surdus v Surdus, the Judge said that, in assessing the quality and condition of life of the person to be supported, it is primarily his present, not his past situation which is considered, but that in assessing these the Judge should exercise his discretion. For instance, a previously wealthy parent who has fallen on hard times should not be compelled to eat peasants’ food. It has been argued that the criterion of need should not be so narrowly interpreted here as to destroy the whole concept of a reciprocal obligation.

However, the following can also be considered when a parent makes an application for maintenance from his/her child:

In conclusion, if you feel you are being unfairly targeted for a maintenance claim, be sure to consult with your attorneys so they can inform you of your rights and responsibilities.

This article is a general information sheet and should not be used or relied on as legal or other professional advice. No liability can be accepted for any errors or omissions nor for any loss or damage arising from reliance upon any information herein. Always contact your legal adviser for specific and detailed advice

Unmarried parents: A New ‘Notice of Birth’ Ruling for Fathers, With 3 Surname Choices

Who Gets the House on Divorce?